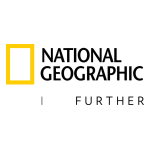 Each episode delves into a different issue connected to the root causes
of extreme poverty, following a specific Global Citizen campaign and
organizers, amplifiers, grassroots activists and the people whose lives
are being changed. ACTIVATE episode topics include clean drinking
water and sanitation, racial bias and criminalization of poverty, girls’
education, responsible sourcing, plastic waste and disaster relief.

ACTIVATE will take audiences from the stage of the Global Citizen
Festival to the front lines of change around the world, where work to
address issues related to extreme poverty is happening in real and
tangible ways through initiatives administered by P&G and Global
Citizen. Through the eyes of activists including Uzo Aduba,
Rachel Brosnahan, Hugh Jackman, Gayle King, Usher and Pharrell Williams,
and told through the iconic storytelling lens of National Geographic,
viewers will hear the stories, meet the people and witness firsthand the
work that is being done to combat extreme poverty and inspire a global
movement.

The multiplatform ACTIVATE storytelling partnership will expand
beyond the documentary series to include a 12-page custom print section
for ACTIVATE in the September issue of National Geographic
magazine as well as custom story stretches aligned with each episode,
custom digital articles and social media moments for each P&G brand
aligned with ACTIVATE. The partnership will also include a
digital headquarters for consumers who would like to dive deeper into
the six critical issues highlighted in the series, the Global Citizen
campaigns connected to each and P&G’s efforts on these topics.

The ACTIVATE partnership is the result of a shared commitment
National Geographic, P&G and Global Citizen have made to leverage their
collective influence, audience and scale to both raise awareness and
inspire a global community to take action. For more than 10 years,
Global Citizen has been working to defeat extreme poverty through
grassroots efforts and citizen engagement; it motivates businesses,
organizations and governments to make changes that will have real impact
around the world. At the same time, P&G has a rich history of leveraging
its brands and its people to make the world a better place by addressing
critical issues related to girls’ education, clean drinking water,
disaster relief and more. And for more than 130 years, National
Geographic has utilized its powerful imagery and impact storytelling to
help audiences across the globe understand the world around them so
that, in turn, they care more about it.

“At National Geographic, we want to tell stories that matter and we’re
excited to work with partners like P&G and Global Citizen that share our
values and want to tell those stories with us,” said Courteney Monroe,
President, National Geographic Global Television Networks. “Through this
multiplatform partnership, we will leverage our collective influence,
audience and scale to raise awareness and drive action on some of the
world’s toughest challenges. Each episode of ACTIVATE will serve
as a rallying cry, focusing on real solutions and avenues for their
implementation — a strategic attempt we hope will move audiences around
the globe from ‘intent’ to ‘action.’”

“ACTIVATE is a powerful storytelling platform for P&G brands – Tide,
Always, Charmin and Head & Shoulders – to use their voices as a force
for good,” said Marc Pritchard, Chief Brand Officer, Procter &
Gamble. “Brands affect nearly every person on the planet, every day, and
can be agents of change – individually and collectively. We believe one
of the best ways to solve the challenges facing our world is for brands
to spark conversations that mobilize people to take action.”

“Over the past 10 years, Global Citizens have campaigned on the most
pressing issues facing the world with a shared goal of defeating extreme
poverty,” said Hugh Evans, CEO, Global Citizen. “Through our
partnership with National Geographic and P&G, we are excited for the
first time to be able to share the stories behind the movement and the
impact of our advocacy, and encourage viewers in 172 countries to stand
up and join the fight.”

“RadicalMedia is honored to support Global Citizens worldwide and
grassroots efforts to eradicate extreme poverty by 2030,” said Jon
Doran, Managing Director/Executive Producer, RadicalMedia. “We are
proud to be partners in telling the story behind the passionate work
being done to better the lives of others and hope to inspire a new crop
of citizens who want to join the fight.”

Film crews are already out in the field — in South Africa, the
Philippines, Nigeria and Peru — capturing content for the ACTIVATE series;
the first episode is slated to air in fall 2019. Keeping in tune with
its global platform, the ACTIVATE series will also illustrate
experimentation with new content and distribution models, and new ways
to mobilize viewers across the world.

National Geographic Partners LLC (NGP), a joint venture between National
Geographic and 21st Century Fox, is committed to bringing the world
premium science, adventure and exploration content across an unrivaled
portfolio of media assets. NGP combines the global National Geographic
television channels (National Geographic Channel, Nat Geo WILD, Nat Geo
MUNDO, Nat Geo PEOPLE) with National Geographic’s media and
consumer-oriented assets, including National Geographic magazines;
National Geographic studios; related digital and social media platforms;
books; maps; children’s media; and ancillary activities that include
travel, global experiences and events, archival sales, licensing and
e-commerce businesses. Furthering knowledge and understanding of our
world has been the core purpose of National Geographic for 131 years,
and now we are committed to going deeper, pushing boundaries, going
further for our consumers … and reaching millions of people around the
world in 172 countries and 43 languages every month as we do it. NGP
returns 27 percent of our proceeds to the nonprofit National Geographic
Society to fund work in the areas of science, exploration, conservation
and education. For more information, visit natgeotv.com
or nationalgeographic.com,
or find us on Facebook,
Twitter,
Instagram,
YouTube,
LinkedIn
and Pinterest.

Since the first Global Citizen Festival in New York in 2012, Global
Citizen has grown into one of the largest, most visible platforms for
young people around the world calling on world leaders to honor their
responsibilities in achieving the United Nations Sustainable Development
Goals and ending extreme poverty by 2030. Global Citizens have generated
commitments and policy announcements from leaders valued at over $37.9
billion that are set to affect the lives of more than 2.25 billion
people. The organization has taken its action-based model to South
Africa, Australia, India, the United Kingdom, Germany, Belgium and
Canada, and created a platform for activists to learn about the issues
they care most about, take action and earn rewards for doing so.

RadicalMedia is an Oscar-, Emmy-, Peabody- and Grammy award-winning
studio, with recent entertainment credits that include “Conversations
With a Killer: The Ted Bundy Tapes,” “Abstract: The Art of Design” and
“Bobby Kennedy for President” for Netflix; “The Fourth Estate” for
Showtime; Paris to Pittsburgh, MARS and the Emmy-nominated Year
Million for National Geographic; “Stan Against Evil” for IFC; and
“Hamilton’s America” for PBS’ Great Performances. RadicalMedia’s vast
body of work also includes the Oscar-winning documentary “The Fog of
War”; Oscar-nominated and Emmy-winning “What Happened, Miss Simone?” for
Netflix; “Keith Richards: Under the Influence” for Netflix; and Epix’s
doc series “America Divided”; as well as numerous Joe Berlinger-directed
projects, including the Oscar- and Emmy-nominated “Paradise Lost:
Purgatory” for HBO,” “Under African Skies” for A&E “Whitey: The US vs.
James J. Bulger” for CNN; and “Tigerland” for Discovery Channel, which
debuted at the 2019 Sundance Film Festival. See more at RadicalMedia.com
and find us on Instagram.

Assimilate Apps FREE For The Next 6 Months!